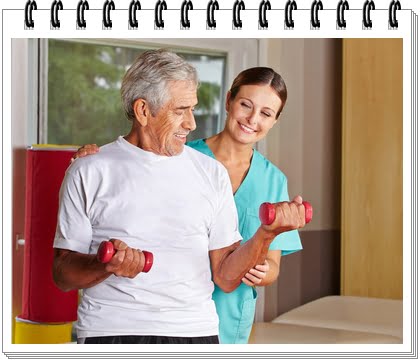 “I think I’m jumping higher”, says Derrick Rose of the Chicago Bulls. Since April of 2012, after sustaining an ACL injury during the first round of the NBA Playoffs, Derrick Rose has been sidelined. The significance behind his recent statement is that although injuries can be catastrophic, both to the mind and body, often times there is a silver lining.

There is no doubt that rehabilitation science, to date, has proven that the most robust reason for injury is previous injury. The main reason for this is that even though we often achieve a full resolution after an injury, the fact of the matter is that subtle alterations are created in the way we move after an injury, and sometimes are the very causes of them. Basically, we don’t lose the little compensations we develop.

What rehabilitationalists have postulated is that the reason we often injure ourselves after an injury, like the one Derrick Rose sustained, is because these faulty movement patterns surface in the face of an injury or create the injury itself. If you move “funny,” you are likely to get hurt. If you have muscle imbalances, if your muscles don’t work when they’ re supposed to, then you are at risk. After sustaining an injury, we need to erase the small compensations we develop in addition to addressing the injury itself. Prior to his injury that season, he dealt with low back pain and turf toe.

This being said, it appears that Derrick Rose has done just that. He has resolved the injury that sidelined him, but he has also addressed inadequacies that likely led to the injury, and the ones that may have lingered after the fact. Take note that Derrick Rose prior to his ACL tear was relatively healthy.

Paradoxically, it is often after an injury that it is revealed where we lie insufficient in our body – this is the silver lining. We must address these insufficiencies – the knee, in Rose’s case, or any other local area that’s injured for that matter, but then address movement patterns and imbalances – the reason why we get injured after an injury.

When these are corrected, what we will often see is an improvement with performance. This is what we’ve seen with Derrick Rose. He has improved his vertical jumping from 37″ to 42″ since injuring his knee. Certainly I’m not saying that one should wish for injury, but when it happens, it should prompt the rehabilitation community to investigate why. I think that we can do a better job preventing these injuries if we address movement patterns, which are the same things we ought to look for after the fact. When we do this effectively, we move more efficiently having more fluid interconnected regions in our body as opposed to the way we move when managing subtle compensations. As a result, we often see improvement with performance, which is the primary objective needless to say in the athletic community.

The silver lining is that, when properly rehabilitated, we become even better athletes than compared to our pre-injured selves.

You can find out more about which cookies we are using or switch them off in settings.

This website uses cookies so that we can provide you with the best user experience possible. Cookie information is stored in your browser and performs functions such as recognising you when you return to our website and helping our team to understand which sections of the website you find most interesting and useful.

Strictly Necessary Cookie should be enabled at all times so that we can save your preferences for cookie settings.

If you disable this cookie, we will not be able to save your preferences. This means that every time you visit this website you will need to enable or disable cookies again.